CH. Dare's Heart Afire JH WC WCX
Blaze has been on a roll in the field. She has finished her JH and her WC and WCX field titles.
We hope to complete her Senior Hunting title in the Spring of 2020.

We are so very proud of our latest Trudy baby....Dare's Hearts Afire (Blaze). Not only is she starting out great in the field; but at the tender age of SIX MONTHS, she won her first points in Greensboro by going Winner's Bitch and Best of Opposite Sex at the August 2017 shows. What a wonderful start...We are expecting it ALL from this little girl. 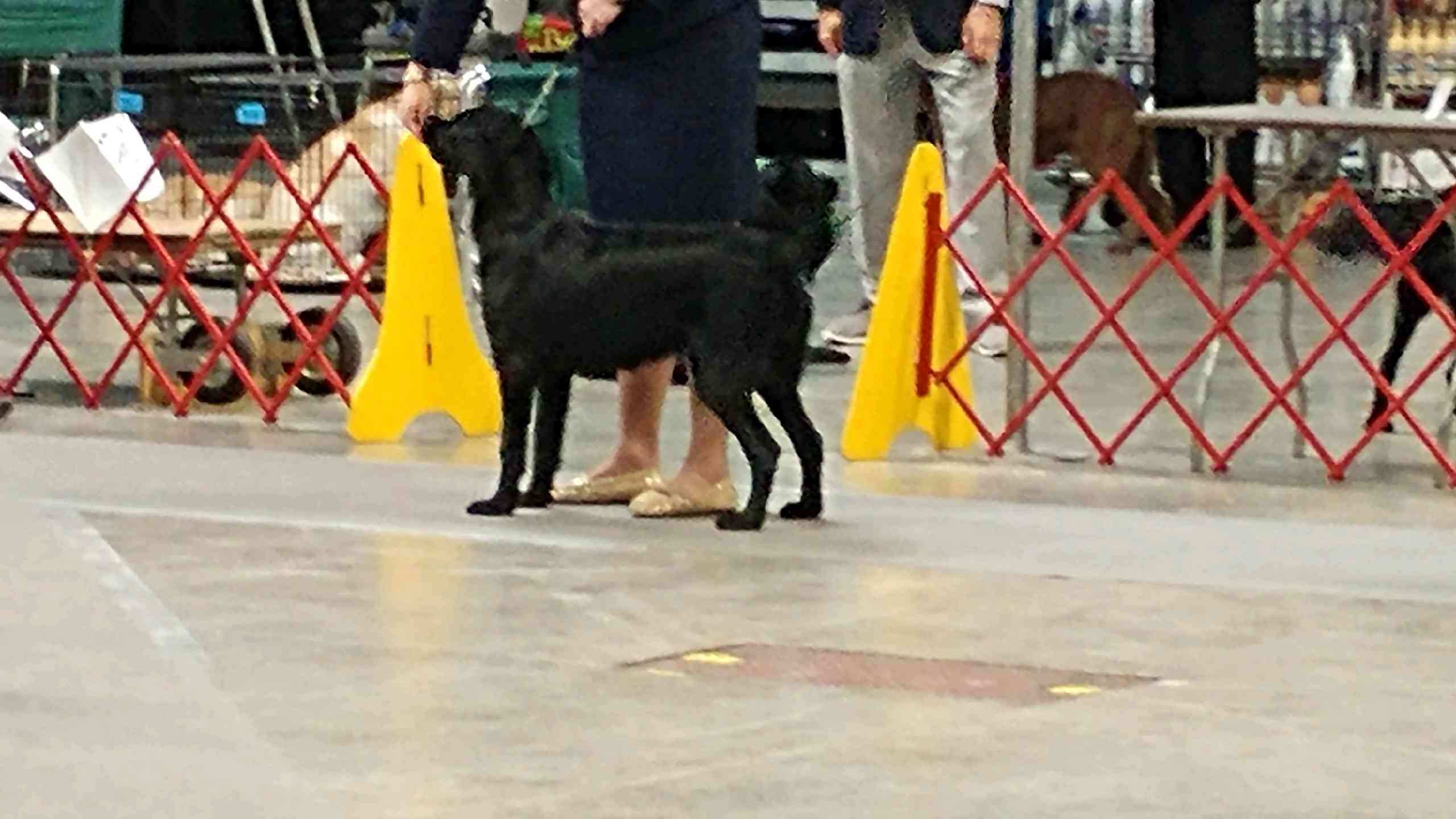 Dare's Royal Troon, won winners dog each day and Best of Winners on Sunday for a three point major at the Raleigh shows (March 2014)
We are so excited about this lovely boy and look forward to many more great things!!

"Trudy" earned her first Major in Winston-Salem from the 9-12 month puppy class.
Thank you breeder judge, Connie Howard, for this nice win!!

Our newest addition, "Trudy" (AKA Little Bitch) took her first points her first weekend out.
She went Winners Bitch Sunday at Moore County Kennel Club in Pinehurst, NC.
We are excited about the potential she is showing and look forward to great things from this girl.


CHAMPION Banquo's Dares Moondance (Jive)
"Jive" is another gorgeous Pete and Belle puppy.
She finished her Championship at the Pinehurst shows in September.
She is following in her  mom and dad's paw prints, earning her FOUR majors!
We are so proud of what this breeding has produced and we look forward to more great things from these pups!

GRCH Dare's Victory Fourtold (Drew)
who is owed and loved by Lynn Cohn
finished 2010 as the #13 Flat Coated Retriever.
His AKC national rank for Dogs Defeated--All Breeds is "20."
We are so proud of Drew.
He possesses the type and temperament that epitomizes a Flat Coated Retriever. Way to go Drew!
Watch for this lovely boy in a ring near you...
Be prepared to be swept off your feet by his correct type, effortless movement, and endearing personality!


Our dogs did well at the CRFCRC supported shows over Thanksgiving week-end.

WOW...what a great week-end! Jive  (Banquo's Dare's Moondance) went Winners Bitch all four days at Raleigh for two more majors and two more points. That totals 3 majors so far....Since both mom and daddy Pete finished with four majors...AND her littermate "Skye" had two group placements from the 9-12 month class and was in the top 10 before one year of age...she has some big paw prints to fill.
April 11, 2010- Skye had a terrific weekend! Banquo's Bad Moon Rizin (owned and bred by Dale McElarth) went Winner's Bitch AND Best of Breed over Specials  in Charlotte, NC again today!!
Today she took SPORTING GROUP 3  and Group1 in the Bred-By Group!!!!
Two days in a row this lovely 9 month bitch takes group placings!  How awesome! Daddy Pete is so proud!

April 10, 2010-   Banquo's Bad Moon Rizin (owned and bred by Dale McElarth) went Winner's Bitch, Best of Winners, AND Best of Breed over Specials at the Piedmont Kennel Club Show in Charlotte, NC!!
The fun didn't stop there! She went on to take SPORTING GROUP 2  and Best Puppy in Show!!!! All this at 9 months of age!!! Skye is a lovely bitch from the repeat breeding of Pete to Ch. Banquo's Memphis Belle!

*CH* Banquo's Murphy Chimes In RN... finished his Championship in Winston-Salem on Decemeber 6th by going Best of Winners. Daddy Pete is so very proud of his first Champion offspring! More on the way!!!

Banquo All the Bells and Whistles, Harley, got his first JH leg at the PVGRC Hunt Test on October 18th.  He did it with great style!  We are so proud of the Pete X Belle puppies!

Dare Kennel's newest addition, Banquo Dare's Moondance, (Jive)  who is out of the incredible repeat breeding of Pete and Ch. Banquo's Memphis Belle ... went Best Puppy in Match, September 20th in Lynchburg, VA. She was exactly 3 months old. The youngest in the ring. Watch for this special girl in the show ring this winter. Her older brother and sisters have left her some big paw prints to fill.

Banquo's Hellz Bellz (Angus) sired by Pete and owned by Dale McElrath went Best of Opposite in Sweeps at the Flat Coated Retriever National Specialty on June 1st and made the final cut in the regular classes on June 2. This is a very prestigeous win!